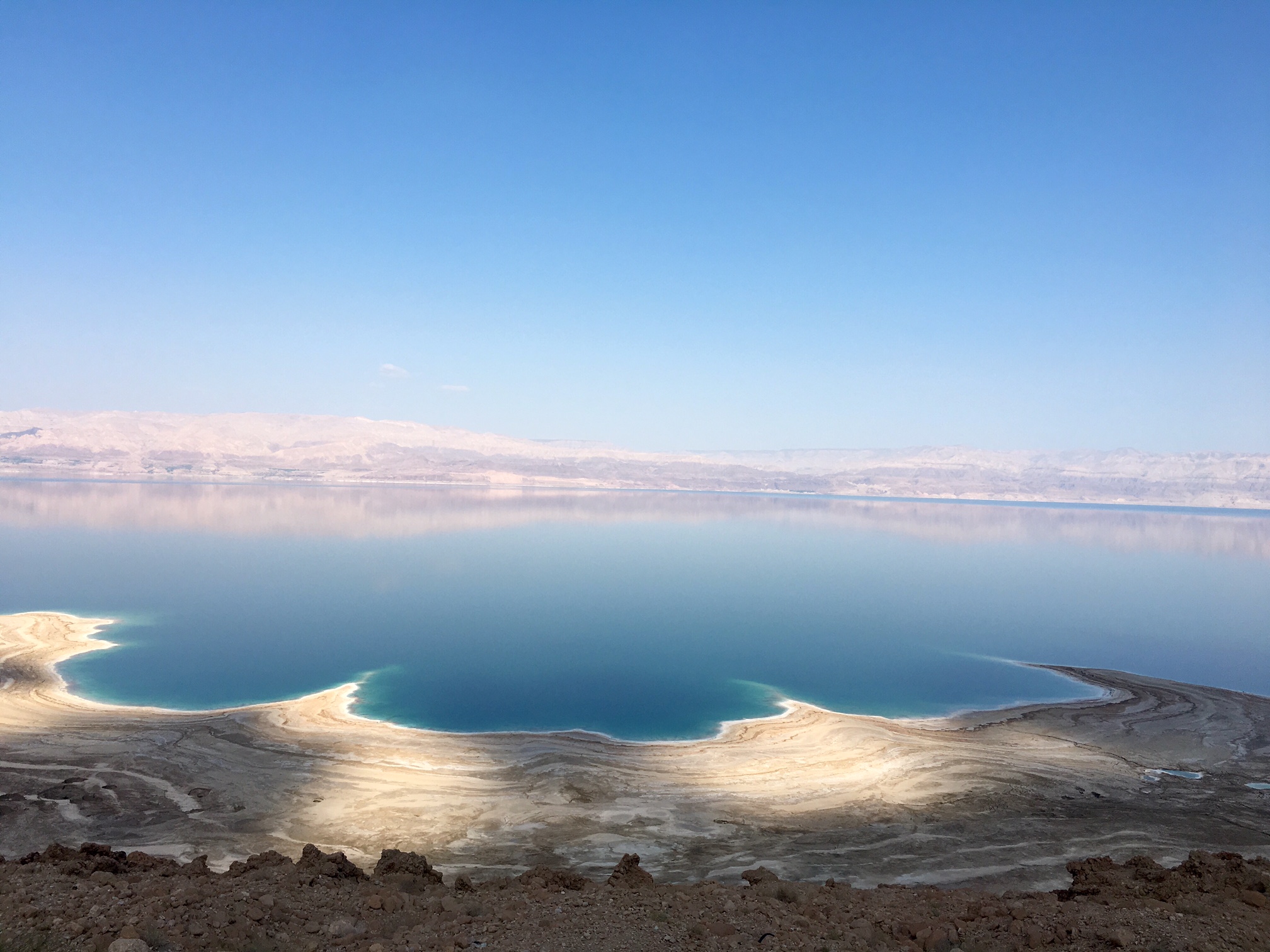 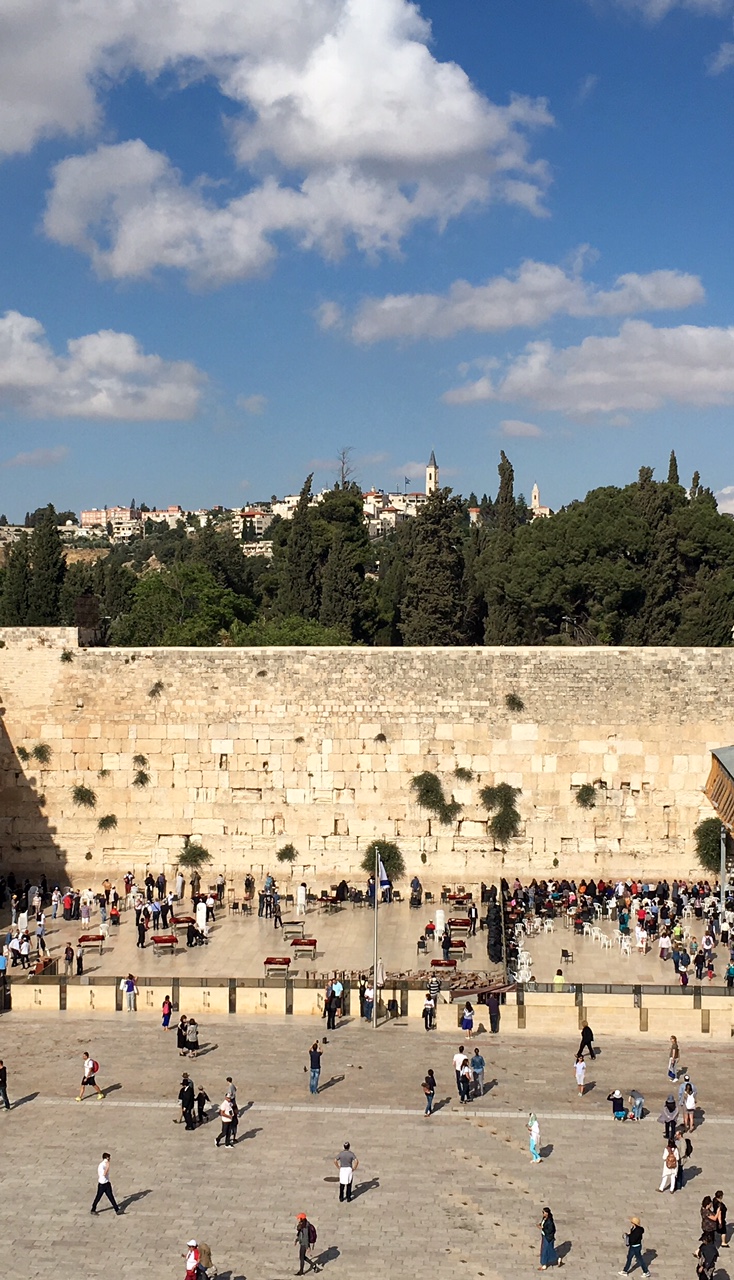 Jerusalem….beautiful, strange and troubled. Grateful for the stones. They’ve been broken, buried, excavated, broken, buried, and excavated. They’re patient and remember everything. Many people, on the other hand, seemed to be live enactments of some of the archeological layers you can stand on.

This ranges from a true sense of oppression to self-satisfied insularity.

I found the old city to have an intensely tribal feeling and a troubled heart: The visiting pilgrims, each with their own agenda. The people who live in different districts and don’t relate to each other. The security guards in front of the gate that leads to the Dome.

At the Protestant site of Jesus’s burial there were 40 charismatic Christians from California. They assured me they didn’t handle snakes but were less vague about speaking in tongues. “At one point their guide said, “The Romans got fed up with the Jews for all the trouble they made. They liked to throw rocks.”

At the other site of the crucifixion and burial (The Church of the Holy Sepulcher) all the other Christians have to share, except for the Ethiopians who got kicked out, and have two small chapels on top.  (Their chapels are pathetically small. The Ethiopian priests live on the roof as ascetics in  tin houses with small half-domed windows on top.)

The Eastern Orthodox and the Catholics got the best spot. The Armenians and Coptics didn’t do so well. An Israeli told me this has resulted in brawls.

Here, I saw people rub the stone where Jesus was laid out, using various objects to get the vibrations to take home with them. There were credit cards and candles, crosses and purses. And a kind of frantic, laser-focused desire to get things.   I saw no one standing still and contemplating.

Each District had its own tourist mall. Glitter after glitter.   Trinket after trinket.  It reminded me of Times Square for the iconically-inclined.  Arab, Muslim, and Jewish women in different headgear, many with faces bent to the ground. Jewish kids who live in the Muslim district being escorted home by security guards with highly-visible guns.

The Wailing Wall has changed considerably, according to someone who has been here for a while.  It’s now almost as crowded as a subway.  The Little Wailing Wall in the Arab quarter, however, is one  few people know about.   I put in a small piece of paper with a poem by Yeats, and a koan:

The old city is so compressed and so segregated, in some way it seems like an X-ray of the world’s problems.

There are many Israels.  And within those Israels there is conflict one can’t imagine.  There is even conflict between the strict Chassids and Israelis who may consider themselves cultural Jews but aren’t observant.

When I came back to my hotel at the German Colony, the desk clerk took one look at me, brought me food, wine, and insisted I eat.

Aside from visiting homes, the time I felt the most harmony was in the city of Safed. It was the center of the flowering of Jewish mysticism in the 16th, 17th, 18th and 19th centuries had periods in which Muslims and Jews lived in harmony—although interspersed with atrocities, particularly to jews.

The inner city of Safid had a sense of joy and peace.   The streets were narrow and from somewhere I heard the sound of a flute.

I hesitated outside one of the oldest synagogues. My head wasn’t covered and I didn’t know if women were allowed. Two men who were talking outside extended their arms in a gesture of welcome.

Inside there was a very old man dovening, and, at a table, there was a man looking up things on a computer. There were books on various shelves.

The sound of the flute became louder and a teacher wearing tallis came into the room with about twelve children.   Some were black some were white, some were boys, some were girls. Some of the boys wore yarmulkes, others didn’t. He began to explain to the children about the synagogue.

The man at the computer continued to work.   The man who had been dovening lay down and slept.

This reminded me of the synagogue as a community—what I read about in Singer, for example.

Later, I went to a Yemenite stall where a woman was making wraps out of a spicy pancake and all kinds of people stood on the street, eating.

This experience was heartening and made me again remember what I’d put in the wall: