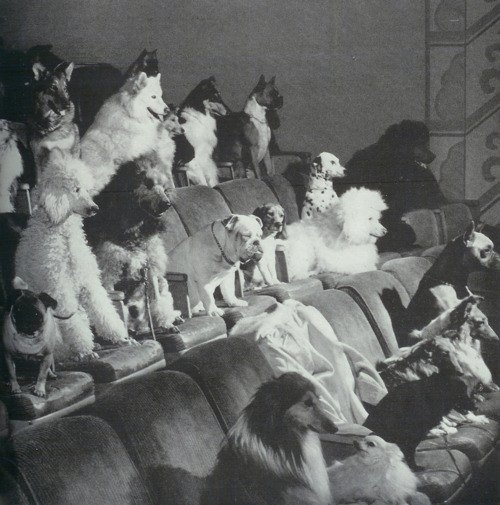 These dogs have been drafted into a story called Reading to Dogs. But before
they agree to be in it, they question customs officials about what they will have to
declare and surrender if they are in the story.

Often when I give a reading or teach,  people ask me: Where does your material
come from?

Questions from students are usually about material in general. These are the easiest questions to answer because everyone has their own access to the pneumatic tube of the imagination–that  free-box of innovative language and untold. I find it staring out the window or walking down a city street or seeing a headline. Everyone finds this free-box a little differently.

But this doesn’t explain the details of the stories: How did the trunk in a corner of one story become a main character in another?   What happened to make one character drop out of the story and another character start to write letters? And where did you get this character?   These are the questions people at readings want to know. And my most honest answer is that I can’t tell them.

I’m sure that if a story were on a real map, I could walk into it and find any one one of the parts  and remember something about its origin. But these parts got to stay in the story only because they belonged to the whole.S cenes, phrases, characters, plots—nothing is safe from being thrown
in the landfill.

In one sense,  I’m relieved that I can’t answer the question. This partly comes from a sense that
once a story is written it’s best to not analyze it,  release it to the world, and not analyze it.  The imagination works on what we call reality and redefines it.

And yet the demands on the imagination are rigorous. They come from the “real” world, from the
writer and  from a sense of the potential reader.  In fact, I have a definite sense of a customs station at the border of writing where I have to surrender what I think already know–about myself,  my life, and what I think fiction should and shouldn’t be.  Then I have to bring in elements that I think are part of the story and will probably change to suit the demands that the story itself beings to make. And once something gets through customs, I don’t want to drag it back across the border into a linear (and made-up) explanation about where it came from.

Strangely–or maybe not so strangely– I notice that concrete answers to this question are rarely  satisfying. So when I say:  “I got this idea from here and this image from there,” there’s often a  slight sense of deflation in the questioner. The answer is like going to the back of a puppet show and watching the strings. It doesn’t touch on the elusiveness of the imagination.

Recently I wrote a story called Reading to Dogs. The passage through customs was rigorous:All the The dogs wanted to be in the story.  But they didn’t want to surrender important aspects of  dog-ness, like smelling the history of sidewalks or hearing extraordinary sounds.  They reached a negotiation with customs that I never understood.  I simply was grateful for their exuberance and their presence.