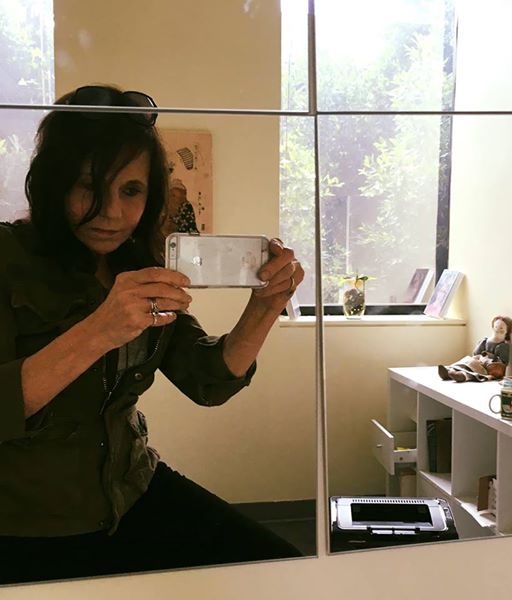 Note:  Because so many first attempts at fiction start out with stories from the past and from family, I have made the conventions of family life a touchstone for discovering freedom as a writer.  But everything I’m saying here applies to all fiction—and to all vague ideas for stories that strive for a universal component that will reach people outside of the sensibility of the writer.

I bring you some water lost in your memory

follow me to the spring and find its secret.

One fall day when I was about thirteen, a neighbor who belonged to the Ladies Christian Temperance Union appeared at the door of our apartment. She was dressed in a navy-blue suit, wore a pill-box hat, and carried a large white envelope that bore the slogan Better government through faith. My mother, in her perennial green housecoat, smoked a cigarette and finished the remains of a sandwich. She put her plate over a copy of _The Nation_ on the coffee table.

The neighbor walked inside, looked around our small apartment. “I have a favor to ask,” she said, waving the white manila envelope at my mother. “Could your husband possibly drop this off at his office? It’s for the community.” My mother was a rabid atheist as well as a Marxist. When I begged to go to Unitarian Sunday school, she always bellowed: “Religion is sheer crap! The opiate of the people!” Now she took the pamphlet, smiled at the neighbor, then looked at me menacingly and pulled her skin below her left eye. This was my mother’s idea of a secret family signal. Sometimes it meant this person is peculiar. This time it meant shut up.

Later that year, I was assigned an essay called “The Most Amazing Epiphany of My Life.” “Without a doubt,” I wrote, “the most amazing epiphany of my life occurred when my mother turned into a toady for the Ladies Christian Temperance Union.” The mother of Tobias and Geoffrey Wolff, once said, quite wisely: “If I’d known my kids were going to be writers, I would have given them a very different childhood.” My mother, who had less perspective, found my essay and tore it into shreds. “Don’t you evah,” she said, in her most theatrical voice “write anything about us again! We are your family!”

It’s not an accident that I learned about the dangers of truth-telling in a family setting. Families are tight survival units, and have explicit and implicit rules about what can be told—both inside the family and outside. The injunction not to break these taboos evokes tribal culture when families can be murdered for breaking norms. Not all taboos are there for the writer to break publicly. Some may need to be respected. But the writer’s workroom should be a place that’s safe where taboos are broken.

Without a doubt watching my mother tear up my essay terrified me. But there was also another reason I stopped writing from personal experience, and this was because what I wrote seemed too easy: Revealing my mother’s hypocrisy was a delicious form of revenge; but it stayed within the form of an anecdote.

What I sensed, but couldn’t put into words, was that there was a difference between an anecdote and a story. When you relate an anecdote, you’re a found character and this creates an automatic tension between the “I” who is telling the story and the “I” who is in the story. Furthermore, most things that happen to people become “just so” stories on paper. They don’t transform, twist, or bend. Nor do they seem universal but are particular to the people in the anecdote. This is why so many stories that are verbally entertaining or deeply moving fall flat through the paper. It’s also why people buy ghostwritten biographies of celebrities: We’re already curious about the character. The promise of revealing secrets has enough universal appeal to create the sense of a narrative arc because going from knowing less to (supposedly) knowing more can feel like a delicious journey.

I began to learn about turning anecdotes into stories fifteen years later when my first collection was being published. Most of the stories had elements of surrealism. But there were two stories based on my family that the editor discovered and loved.

Although I can tell shocking things about my childhood and love being outrageous, I’ve always shied away from writing about my life. In addition, the voice and content of these two stories didn’t fit with the rest of the book. I wanted to take them out, my editor wanted to keep them, and we argued endlessly. I lost the argument—but with a compromise: I would write a novella about my childhood as a separate part of the book. This would create a sense of balance and distinguish between the two voices.

When I began the novella, I was always surprised because even though the stories were faithful to the facts there were always few elements that were a slight deviation from what I remembered. I didn’t know where they came from but I always knew they belonged. In every case, I discovered they contained a crucial truth. And after I had written the book, I felt that I’d lived a slightly different childhood precisely because of these surprises.  (In a sense, the failure of the intended story guaranteed the success of the final story.)  (See Yuri Zalkow’s innovative rendition of this idea, after he interviewed me for The Rumpus http://yuvizalkow.com/videos/scribble3/)

There was one story, however, that I couldn’t write and had to write because it was crucial to the sequence. It was a story I’d told to several people—in the way I told outrageous stories about my family. I knew the events, but couldn’t make it a story.

The anecdote is as follows: When my father got a job in another part of the country, we set off in our car at nine at night against the advice of friends, who offered places to stay. My mother believed we would stop at a luxury hotel and didn’t seem to notice when we drove right by it. Eventually it was one in the morning and all the motels were filled.

After we left a town with apocalyptic smoke from a steel mill, my mother realized we hadn’t stopped at the luxury hotel and began to scream at my father. At one point she opened the car door and threatened to jump out. Chaos ensued.

I knew the sequence of events. But I couldn’t feel any tension or universal resonance until one day I heard the following sentence: My mother shouted that she was really leaving and opened the door so wide I could see the whole Midwest—far too real for the likes of us.

As soon as I heard this, I knew I had my story. At the time this was an intuitive understanding. A few years later, I understood why: My feeling about the Midwest being too real for all of us transformed my mother’s actions from something that was purely violent into a collective sense of being trapped as a family.  We were trapped together and also trapped because we had a sense of not being able to function in the real world.

In order to turn an anecdote into a story one must find the hidden story that runs beneath events like an underground river and eventually gushes up.   It’s this collision that creates a story that has universal resonance. Not every one has a histrionic family or mothers who try to jump out of cars. But every one has seen someone we’re close to lose it, and our feelings are usually a mixture of resentment and compassion, although we may not be aware of the compassion at the time. It can also have an element of identification that we’re not aware of.

An anecdote doesn’t need a hidden story to create tension. Your telling it is the tension. But if something on paper doesn’t have a hidden story, it won’t find tension or an arc.

The poet, Richard Hugo, wrote about the difference between

Triggering and generative elements in writing. Triggering elements are catalysts for stories and poems, but unless they generate new material, the piece won’t get off the ground. One might say that the anecdote never needs to go beyond the triggering element of memory to find a generative element that can reach all readers. This is because it’s an oral narrative. But to leap from the personal to the universal–i.e. to get your story on the page– you must be willing to let the triggering material generate. This means being willing to improvise, invent, and even omit cherished scenes. If you’re willing to do this, your story will be a slightly different story from the story you thought you were going to write. And if the generative material goes far enough, you’ll leap from writing about what is meaningful only to you to something that reaches a stranger.  You will also discover something about your life that you didn’t know.

Learning to turn anecdotes into stories isn’t a sure-fire formula for dealing with writing about family secrets. Even if you write a good story, there are times when you decide not to publish for the sake of someone else’s feelings. These are personal decisions every writer must make.

But when you ‘re writing drafts based on real events, you must feel free to write whatever you want to write and experiment with invention as well as ruthlessness. Otherwise, your writing room will be full of locked closets.

Just as there’s no map for revealing family secrets, there’s no map for turning an anecdote into a story. This comes to writers through grace, serendipity, hard work, and a willingness to discover something new about themselves and people or events in our lives. It also requires a slight irreverence for facts, and a fierce belief in the regenerative powers of the imagination. As the French poet, Robert Ganzo has written:

Invent. There is no lost feast

/At the bottom of memory.

7 thoughts on “From Anecdote to Story: Turning Life into Literature”