In addition to phone calls and letters, its time for writers to have a velvet revolution.  I’m creating a webpage called Velvet Flash where anyone can post flash fiction. Aside from a 500-word limit, the only requirements are use of the imagination– one the most radical of freedoms—which means a limit on hatespeak, weaponized fear and gratuitous violence.  It can be fabulist, surreal, or realist. Nothing needs to be directly political.You can write 100-word stories about secret acts of defiance. Or a confession from one of DTs ties. It can be about imaginary meetings between you and the government. Confessions from imaginary government officials. Spies with secret powers. Strange protests. 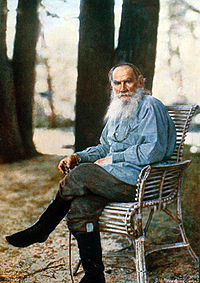 Writing shapes our thoughts, our ability to see things freshly and  this fiction helps shapes our perceptions of the rest of the world.  Generally novels do the shaping.  Now and then flash or a short story (think of The Lottery) is powerful.  It also works for writers writing long pieces and feeling stymied during a troubled time. Flash can occur iduring a break, in a blank moment in front of the computer, washing dishes.  Writing it will remind you that you can indeed write! If you’re interested, please send your piece with a thumbnail photo to fictionsofresh@gmail.com.

​The website Velvet Flash will be up in about two weeks.
An important note:​This project isn’t meant to be a panacea to the horrifying  results of the election.
​

There are also so many other things to do ​For example, in addition to calling your congressmen, there is an ongoing list on Jezebel of organizations that need support.  I also read into the following article on Vox  about the best way to talk to racially biased or LGTB– biased people. It was quite enlightening for me.

(http://www.vox.com/identities/2016/11/15/13595508/racism-trump-research-study
The Grotto, where I belong, is in the midst of having long discussions about writing to influence both people and the media. I

in addition to activism now, it will be very important to keep
constant pressure on the press.  No matter what people say about
who will run the government, there will be surprises and shocks and
justification for horrifying programs and actions.   The press
normalizes such things–as they did with G.W. Bush.   It would be great
to be on the alert, and write collective letters to all the major newspapers.
It would also be great to arrange to have some of them published, as
the Authors Guild did with Amazon.   It would involve raising money
in a Kickstarter program and being ready to spring into action with a
letter.

So there’s a lot of work to be done on  a concrete level  and Velvet Flash is just reminder that writing itself is a radical act.  And flash is just one way to remind writers of their power.