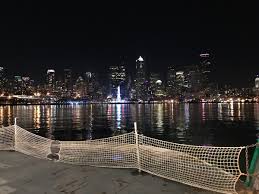 Readers often want to know: Did the story happen to you? And, if it didn’t, where did the story come from?

Writers often make fun of these  questions, mistaking them for prurient curiosity about the writer’s life. I don’t think it’s curiosity—at least not most of the time., I think it’s a complex question about the relationship between experience, memory, and imagination. Readers want to know how that relationship worked in the process of writing a particular story and this is why, when a writer says , “Well, yes, this happened to me, and this is where I  got the idea,” nobody is quite satisfied. It’s like going to the back of a puppet show and watching the strings. This is because the answer doesn’t address the way experience transforms in the realm of the imagination. It doesn’t address the mystery of that exchange.

Like a lot of writers, I dodge the question, because in one sense I really don’t know. At the same time, I do know where some of the parts of the story came from. And if I could wind time in the story backwards and let the characters could walk across the transom, they’d also find any number of elements that made up their story.

At the same time I really don’t want to know where the story came from. When an image, an event, an object, crosses over the transom into a  potential I don’t want to disturb it too much.  The image, the object, even a name, has been obliging enough to enter a realm where imagination explores and confers reality. Whatever I take from one side of the border I ,can return back to the other side.  But I don’t want to mess with this exchange too often—certainly not with gossip about its origin. The “real” thing did me a favor..

2 thoughts on “Where did your story come from?”